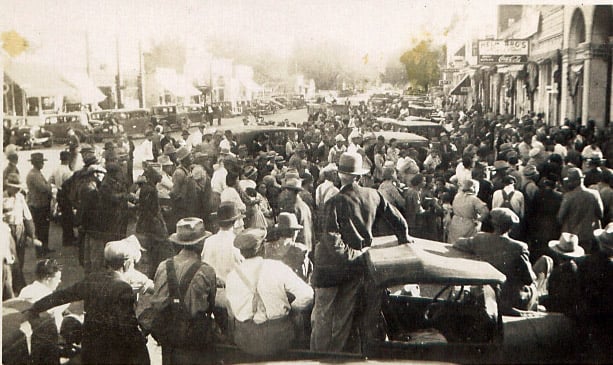 Some families know a great deal about their roots; others know very little.  In 1994, my uncle, Loren and aunt, Eunice, with the assistance of my cousins, Sharon and Julie, collected information from the family and put together a family book.  This was no small task since Loren (#12) is the youngest child of Louis and Cora who had 12 children.  Because of Grandpa's history we knew very little about his parents and where he was born.  After receiving a copy of the family book, I became more interested in finding information on my ancestors.  Loren shared his research information and for the past 20 or so years, I have been searching for additional details about the life of Louis and his parents.

During the past 20 years, I have started and stopped my research many times.  When I would get stuck on one family, I would start the search for a different family.  The search for family has been frustrating and fun at the same time.  When you have success you forget the frustration.

I have included information about some of my research and some of the families with whom I have a connection.  Are we related?  Look at the information.  You might be surprised.

Newton County, Missouri was formed from Berry County on December 30, 1838.  In 1946, a strip two miles wide was detached from Newton County and attached to Jasper County.

The County was named after John Newton, a Revolutionary Soldier.

About two miles north of Savanna, Georgia, in August 1779, two patriots dramatically rescued a desperate group of Americans held prisoner behind British lines. Now legendary, this Revolutionary War incident was recounted by Parson Mason Locke Weems, who also popularized the fabricated tail of George Washington and the Cherry Tree.  Although scholars have not been able to verify Weem's account of the rescue, it appears to be essentially accurate.

This story involves General Francis Marion and tow of his scouts.  Known as the "Swamp Fox," Marion commanded guerrilla operations in South Carolina throughout the Revolutionary War.  The scouts -- William Jasper, who had previously distinguished himself at the Battle of Fort Moultrie, and John Newton --observed a group of about 10 American prisoners while visiting Jasper's brother, a loyalist encamped with the British forces.  The Americans were about to be sent downriver for a trial at Savannah and probable execution.  Sergeants Jasper and Newton were said to have been particularly moved by the plight of a young man accompanied by his grief-stricken wife and child.  The two scouts - who were dressed in civilian attire and trained to move through the woods undetected to gather information and intercept British patrols- hid and followed the party as it headed to Savannah.  Without arms, they waited at a watering hole in hopes of waylaying the British escort.  As the guards rested their guns, Jasper and Newton, overpowered them, took the muskets and freed the grateful prisoners.

There are many very good Web Sites with information about Newton County, Missouri.  Instead of attempting to duplicate this information, I am including links to these sites as I locate them.  I hope the information will be of assistance to you with you research.  When possible, all genealogical information should be confirmed with official documents.